In 2018, San Antonio marks 300 years of history and will celebrate its tricentennial milestone throughout the year. A special commemorative week May 1 – 6 will showcase San Antonio’s religious roots, its commitment to arts and education, the city’s multinational cultures and heritage, and its rich military history. This spring is the perfect time to visit this diverse and exciting city.

On May 1, 1718, a mission was established in a small settlement that had taken root around a gentle river in a remote part of the new Spanish province of Tejas. The settlement was known as San Antonio de Padua and the mission was named Mission San Antonio de Valero – later called the Alamo. A garrison was immediately formed to protect the mission and four additional missions were established along the river.

For the next century, pioneers from various cultures – Kentucky, Tennessee, Germany, Canary Islands – settled there and San Antonio became the capital of Spanish Texas. But the Texans became discontent with Mexican governance and in 1836 called for independence. The Texas Revolution ensued, including the infamous 13-day Battle of the Alamo, where all of the Texas defenders died in Santa Anna’s assault. Shortly after, the Mexican forces were ultimately defeated and the Republic of Texas gained independence.

In 1945 Texas became the 28th state to enter the Union. Today, San Antonio is the 7th largest city in the United States with a population nearing 1.5 million and is one of the most popular destinations in the country.

What to See and Do in San Antonio

Although time and the ravages of the siege on the Alamo left very little of it standing, the quiet landmark nestled right in today’s downtown is a must-see memorial to the last stand of William B. Travis, Davy Crockett, Jim Bowie and others against a much larger Mexican army. Travel Maestro tip: Open daily 9 am-5:30 pm. Free, but donations are appreciated for a future US$60 million restoration.

The River Walk, or Paseo del Rio, is a charming respite of walkways hugging the banks of the San Antonio River. The horseshoe bend right downtown is lined with endless restaurants, shops, and vendors. TM tip: A wide range of multicultural events take place along the River Walk throughout the year.

San Antonio Missions National Park includes four historic missions: Mission Concepcion, Mission San José, Mission San Juan Capistrano, and Mission Espada. These missions are Texas’ only UNESCO World Heritage Site. A Hike & Bike Trail runs along the river for about 10 miles, connecting the four missions to the Alamo. They are also accessible by private car or bus. TM tip: If you only have time to visit one of the four missions, make it “The Queen of the Missions,” Mission San Jose. And if that’s on a Sunday, check out the wonderful mariachi Mass at noon, but arrive early to get a seat.

King William Historic District is more than 25 blocks of restored Victorian-era gingerbread houses that were once home to wealthy German merchants. Three estates are open for daily tours. TM tip: Tour buses are not allowed through many of the streets, but you can take a horse-drawn carriage ride from Alamo Plaza or pick up a self-guided tour map of the district. 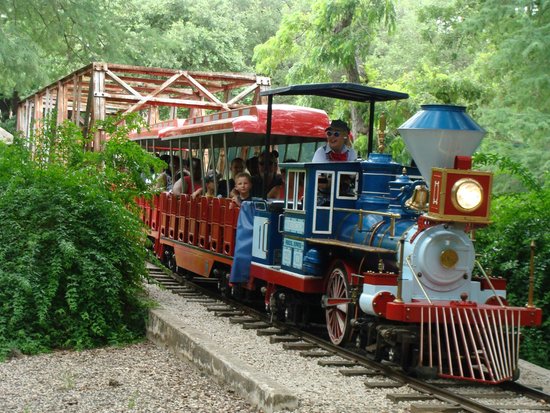 Speaking of kids (of any age), don’t forget the San Antonio Zoo and the Eagle, a miniature train, located in Brackenridge Park. To see marine life, check out the SeaWorld Adventure Park where you can feed dolphins or interact with sea lions and penguins. To get wet and wild, hit Six Flags Fiesta Texas with a full water park, family rides, and thrill rides for the whole family.

The melding of Hispanic culture, German architecture, and military history dating back to the Alamo gives San Antonio a distinctive cultural diversity. To plan your trip during the tricentennial celebration of this popular family-friendly U.S. destination, contact the vacation experts at Covington Travel.